Learning to Adapt and Collaborate as an Author

The process of co-authoring a book and reaching underserved communities 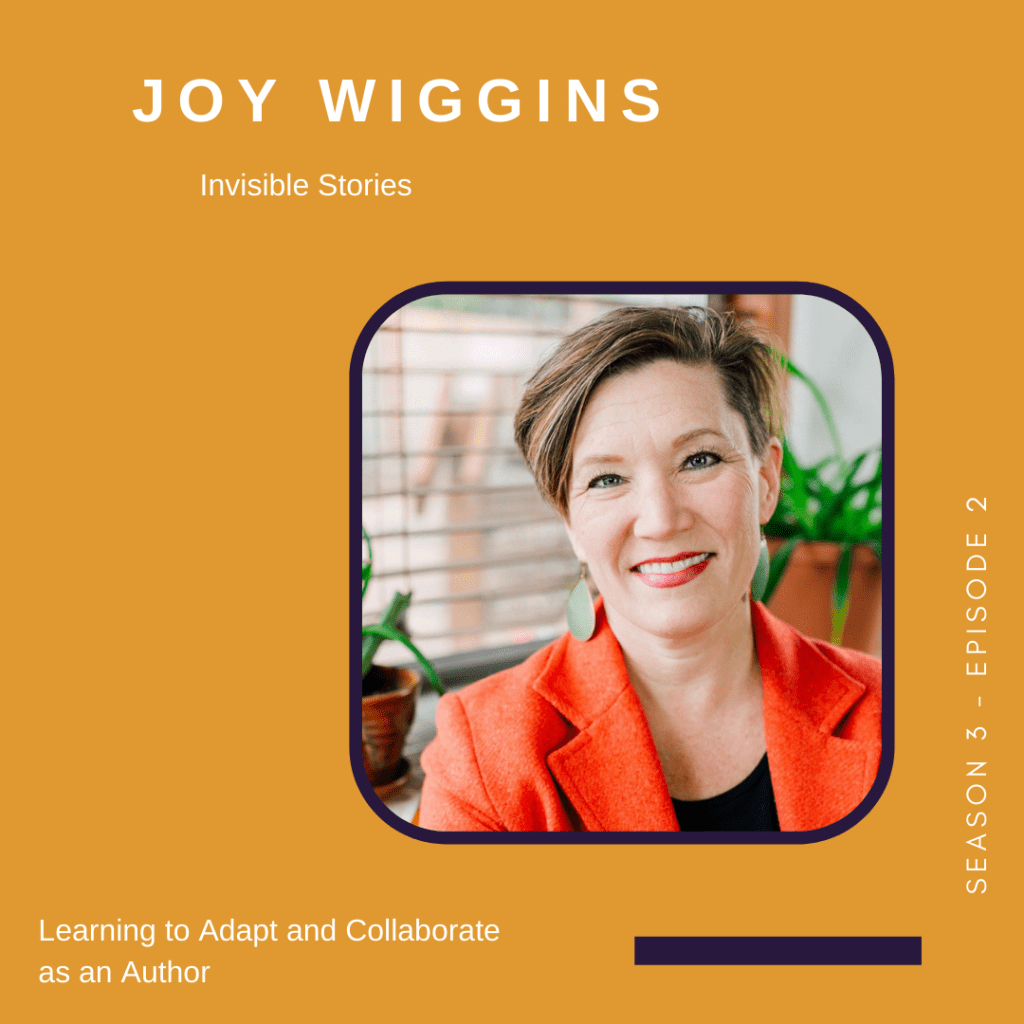 Today’s Invisible Stories guest is speaker, writer, scholar, and facilitator Dr. Joy Wiggins, who, through the company she founded, promotes racial and gender justice through compassion and open dialogue to ignite equitable, empowering and transformative practices. Joy Wiggins is the co-author alongside Kami Anderson of the book From Sabotage to Support: A New Vision for Feminist Solidarity in the Workplace. As CEO of Joy Wiggins, PhD: Equity and Inclusion Consulting, Joy provides speaking, facilitation, and mentorship opportunities on the topics of power, privilege, racial and gender justice and liberation. She has spent the last 20 years working on understanding our cultural identities and perceptions of how we navigate the world through our cultural identities.

In this podcast, Joy and I delve into the process she went through with co-authoring a book, coming from a mostly academic writing background. She discusses:

From Sabotage to Support: A New Vision for Feminist Solidarity in the Workplace

Joy Wiggins and Kami Anderson advocate that the only way women can successfully support each other is by addressing the varying intersections of our individual power and privileges, particularly focusing on how some privileges are inherited along lines of race, class, sexuality, and geography. When we fully examine how we have power in certain situations and not in others, we start to see where we can lend privilege to create truly inclusive spaces for the historically underrepresented and marginalized.

[00:07:52] Joy: Yeah. So that was, that was the hardest part I would say for me was just to like, [00:08:00] Get to this point, it’d be succinct. And just let the idea go. Like you cannot fully unpack every single word and every single concept and you know, and even, and that’s when then that, um, that barrier, and I don’t want to say imposter syndrome because that’s not it it’s, it’s a, um, It, it kind of, it’s kind of writer’s block maybe, but not really.

[00:08:24] I didn’t really have what writer’s block. It was more, well, I have to explain this well, how, and this is the dialogue I would have with myself. Well, how important is it to have it in there? Can they get the idea? Can they Google search it after that? Can you like say, you know, check it out? You know, this is the concept around this.

[00:08:40] Can you check out more of that? Um, is there some way that I can lead the reader? To do their work, to do their education, but let the idea sit, like I’ve said it I’ve said the point of I’ve explained the concept a little bit and I’m going to have to, at some point, let the reader go and do their own work.

[00:08:58] And I can’t, I can’t, [00:09:00] um, hold their hand around it, but I also have to make it. Um, accessible to them too. I can’t make it so complex because this is the problem I think, with dissertations and, you know, people that have gone through the doctoral process, you have to unpack every little thing. And so, and you’re not a good scholar, if you don’t.

[00:09:22] So. And then you can go deeply into a rabbit hole and go deeply. So we know a lot about one thing and not a lot about, you know, a lot of, so it’s like breadth over depth, you know, so I had to kind of do that breadth thing. And, um, the problem is I had. Done so much research for so long and all of those concepts, it was really difficult to make it in that word count and not to keep going and going and going.