Turning Adversity into Advantage and Thriving During Disruptive Times

Thriving Mindset author Gerry Valentine on publishing during a pandemic and learning to face adversity head-on. 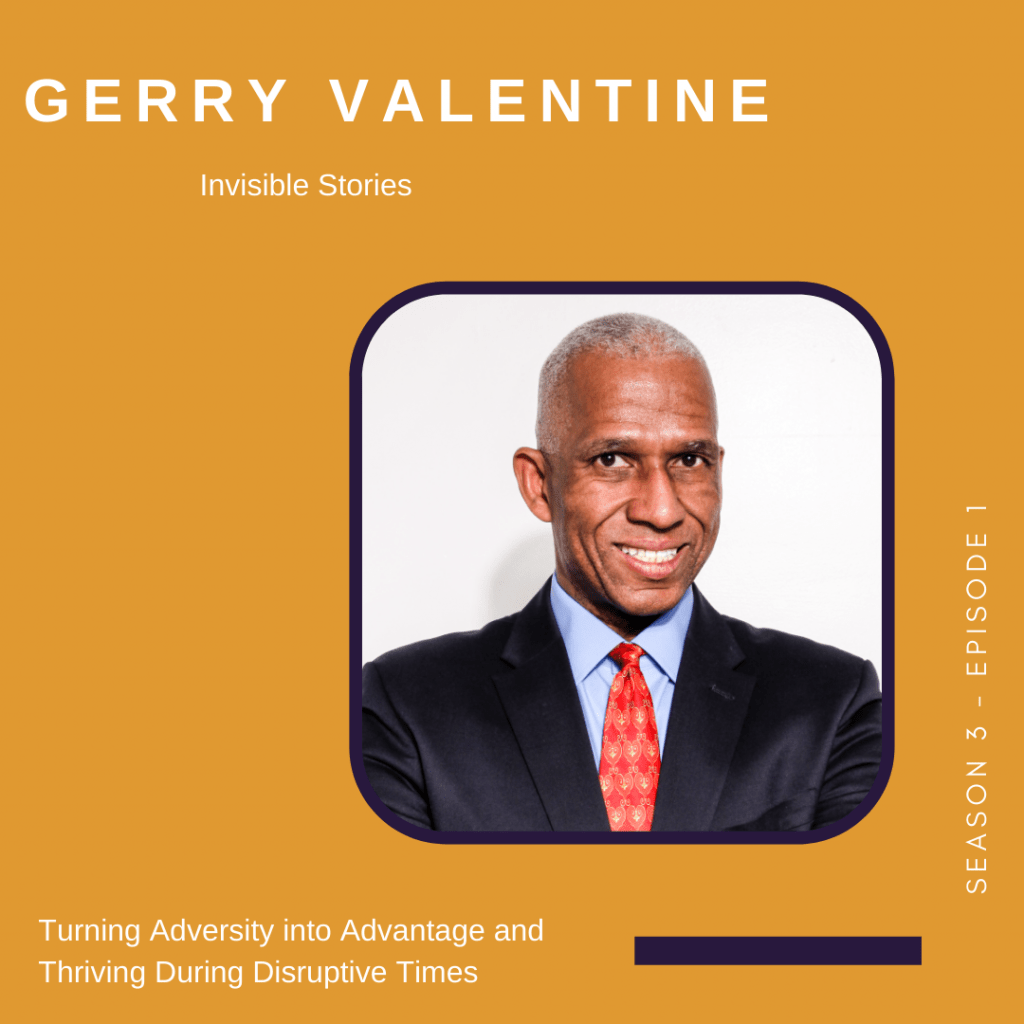 Today’s Invisible Stories guest is executive coach, public speaker, and author Gerry Valentine. With 27 years of fortune 100 leadership experience, Gerry is a trusted advisor to corporate executives, entrepreneurs, and high performing individuals of all kinds. His book, The Thriving Mindset: Tools for Empowerment in a Disruptive World, was published in March 2021 by Publish Your Purpose Press.

In this podcast, Gerry and I talk about what it was like for him to publish his book during a global pandemic. He wrote the book prior to the COVID outbreak, but his work happened to be directly related to how to thrive through disruptive, difficult circumstances. Gerry discusses his emotional experience with writing, something he wasn’t expecting to have when writing a business book. We talk about:

The Thriving Mindset: Tools for Empowerment In a Disruptive World

In Gerry’s first book, “The Thriving Mindset – Tools for Empowerment in a Disruptive World,” he offers a hands-on guide to turn the disruption of today’s world to your advantage. Drawing upon his extensive experience, Gerry shares case studies, inspiring personal stories, and valuable lessons learned from the people most successful in the face of disruption. There’s never been a better time for a book like this—one that shows you how to navigate these unprecedented times and transform adversity into opportunity. 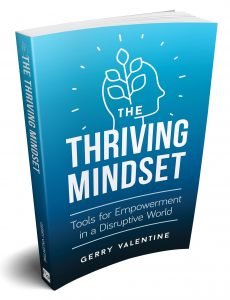 [00:21:22] So one of the ideas I suppose I speak about in the book, one of the dimensions of a thriving mindset is something I call the power of persistence and. That, that is something that I actually learned from my mother who I I’m the son of a single mother. We grew up in quite difficult circumstances. My, you know, there’s all these horrendous myths about, you know, particularly black, single mothers high, you know, they’re being called welfare Queens and, you know, insinuations that these women are lazy.

[00:21:54] So my, my mother is yup. Probably one of the hardest working people I’ve ever known, you know, [00:22:00] 12, 16 hour days were common for her while she was still raising two kids. And one of the things that I witnessed in her was just this. Steely power of persistence. Like no matter what she was going to power through.

[00:22:20] And she, she had this thing that she said, which she certainly used many times in her life. And I’ve used many times in my life is, you know, whenever someone tells you can’t do something, make it your business to prove them wrong.

[00:22:37] We’re, we’re all going to encounter many, many, many people along the way who tell us you can’t do that, or you shouldn’t do that. And when that happens, I call those people the destructive detractors, because they’re, it’s not, it’s not helpful feedback. It is literally something to detract you from your path and [00:23:00] turn, turn that comment into your rocket fuel.

[00:28:27] So one of the things I talk about in the book is we, we all have these. These challenges. Sometimes it’s a learning difference. Sometimes they’re there. There’s another challenge. And I think the thing is not to like wrap that in shame as I did for, you know, the first 40, 45 years of my life, but to that, but to embrace it and then to understand the advantages that those challenges.

[00:28:57] Often bring with them and you know, the, the [00:29:00] way I look at it now, I, I would not give up my dyslexia for anything in the world because the, the abilities I bring forward, my strategic thinking, my out of the box, thinking all of that, I realized, Oh, that’s. Actually the other side of that disadvantage, which is dyslexia and the, the, the way I like to think about things, which I’ve now learned, that’s what writing’s really about.

[00:29:24] It’s about having good ideas. It is not about perfect grammar, punctuation, spelling, none of which I have. It’s actually about what I call trading in the currency of ideas. And I have lots and lots of ideas. And I’m willing to, yeah. I’m not the fastest writer in the world, but who cares? I’m, you know, I’m, and there’ll be a lot of typos, but that’s, that’s why they’re loved these lovely people called proofreaders.