From Changing Diapers to Changing the World: Why Moms Make Great Advocates and How to Get Started
by Cynthia Changyit Levin 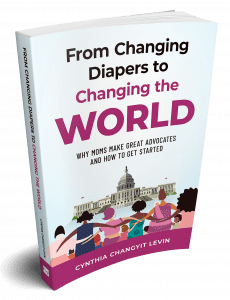 What would you change about the world if you could?

Cynthia Changyit Levin cared deeply about global poverty and hunger even before becoming a parent. But mothering her own children toughened her resolve to stand up for her values and work to create a better world for all kids. In this inspirational book “From Changing Diapers to Changing the World: Why Moms Make Great Advocates and How to Get Started,” Levin offers step-by-step instructions on how to be an effective advocate, even while juggling diapers and naps. She shows how advocacy can take many forms, from phone calls and letters to fundraising and speaking in the halls of Congress. With warmth and humor, she demystifies the process of connecting with government officials, weaving in uplifting stories of mothers who have taken successful action on causes important to them. Besides improving the lives of others, mom-advocates also serve as great role models for their children, setting an example of grit and good character.
With their talents, persistence, and passion for helping others, mothers can inspire action to solve community and global problems… and become the change they want to see in the world.
____
Cynthia Changyit Levin is a mother, advocate, writer, and speaker. A rare breed of non-partisan activist who works across a variety of issues, she coaches volunteers of all ages to build productive relationships with members of Congress. She advocated side-by-side with her two children from their toddler to teen years and crafted a new approach to advocacy based upon her strengths as a mother. Cynthia’s writing and work have appeared in The New York Times, The Financial Times, the Washington Post, and many other national and regional publications. She received the 2021 Cameron Duncan Media Award from RESULTS Educational Fund for her citizen journalism on poverty issues. When she’s not changing the world, Cynthia is usually curled up reading sci-fi/fantasy novels or comic books in which someone else is saving the world. 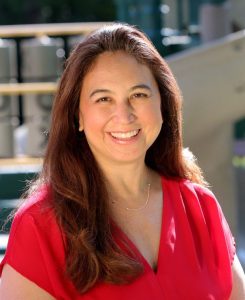 Get your copy of From Changing Diapers to Changing the World
at your favorite place to buy books in February 2022! 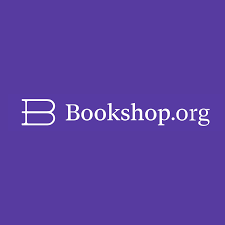