Skip to content
In the Company of Men by Eileen Scully

In the Company of Men by Eileen Scully 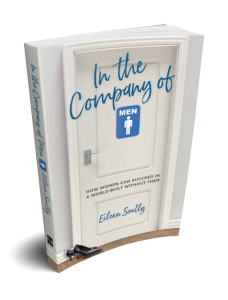 When CBS Television promoted Ethel Winant to vice president, she became the first female TV executive in history. But when her office moved up to the executive floor, there was no women’s restroom, and the men’s room door didn’t have a lock. She learned to leave her high heels outside the men’s room door to indicate she was in there. In the Company of Men: How Women Can Succeed in a World Built Without Them takes on the NFL, the world of venture capital, Hollywood, the Catholic Church, food production, and the pornography industry—just a few of the heavily maledominated spaces in which women have had to chip away at existing structures to build a better place that works for all. The stories of women dismantling and re-imagining these spaces will inspire you to reconsider the spaces in which you live and work, and find ways to make them work better for everyone. 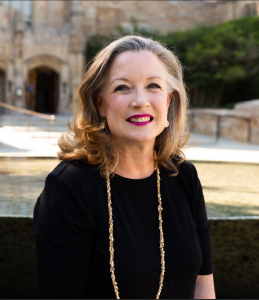 Eileen Scully wants to live in a world where women are given full autonomy and equality in every aspect of their lives, no matter the circumstances into which they are born. She believes in the power of women coming together and creating systemic, global change. She works toward that goal every day as the CEO of The Rising Tides, a consultancy she founded in 2015 to focus on making workplaces better for women, and also as an international keynote and TEDx speaker. She lives in New England—never far from the ocean—with her Basset Hound, Beukeboom. This book was created almost entirely by women-majority owned
businesses.