Skip to content
Determined To Be Dad by Steve Disselhorst

Determined To Be Dad by Steve Disselhorst

A Journey of Faith, Resilience, and Love 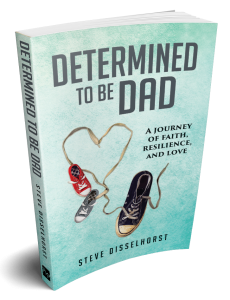 Steve’s life has been consumed with the quest to create a family. As a boy raised Catholic in the Midwest, he grew up thinking he was straight and would marry a woman and have children. When he was confronted with his attraction to men and the eventual realization that he was gay, he gave up that dream of having a family and chose the route of a gay singledom. As the times changed and he gained greater self-acceptance, he re-ignited his dream for a family and started the arduous journey toward parenthood.

Determined To Be Dad chronicles his trials and tribulations of self-discovery to acceptance to building a new reality and, finally, to the joys of creating his own family through adoption. With this tender and painful story, Steve offers his journey as a tribute to his desire for familial connection, overcoming self-imposed handicaps, and facing the harsh realities of two men trying to create a family. This is the story of faith, resilience, and the ubiquitous need for love and family. 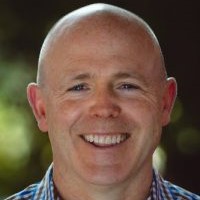 Steve DisselhorstLeadership Coach
Steve Disselhorst is the Founder & Principal of Steve DIsselhorst, LLC, which specializes in personal & professional leadership development and consulting for diversity, equity, and inclusion (DEI). As part of this coaching practice, he works with LGBTQ people interested in creating families.
Steve is available for coaching, consulting, or speaking. Contact Steve if you are ready to transform yourself or your business with a free consultation.

Get your copy of Determined To Be Dad at your favorite place to buy books!

Aerio is PYP’s online bookstore. Aerio is an alternative to spending your money with large retailers (if that is something important to you).